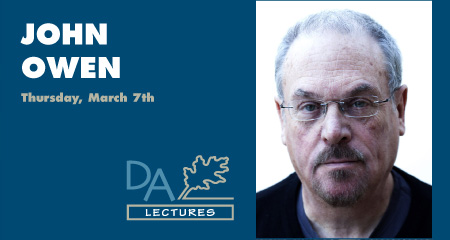 This lecture will cover a range of topics related to understanding and control of three-dimensional form in fine art and industrial design. Areas explored are drawing methods, design modeling, sculptural representation, idea iterations and representational outcomes. Illustrated with art and design work by faculty and students from Coventry University – how it might be and how it’s ‘taught’ are featured.

Particular attention will be focused on using automotive styling clay in a free-form way and digital modeling using ‘Alias’ automotive software. Aspects of the education verses training debate will be raised along with the role of ‘design industry expectations’ in course and program design. How a fine artist got to influence transport design education and encourage freedom of thought runs through the presentation.

John Owen studied sculpture at the Royal College of Art where his interest in three-dimensional form and its representation was first explored; later to be expanded in research areas such as spatial understanding and methods of teaching and learning in art and design education.

He has contributed since 1990 to the Automotive, Product and Transport Design programs at Coventry. He now concentrates on structured approaches to teaching free-form clay modeling and 3D computing, having been an ‘Alias’ user since 1994. He spent eight years in the final year tutor role shepherding through some notable automotive and product designers now in senior positions around the globe. He has travelled extensively in Asia and other regions, recruiting and presenting work from Coventry at specialist institutions and professional design houses.

He was the first Director of the Centre of Excellence in Product and Automotive Design (CEPAD); he has also been Head of Industrial Design at Coventry University. He was named as the key driver of change in the citation when the department was awarded the Sir Misha Black award for Innovation in Design Education. The Industrial Design Department was also awarded the Queen’s Anniversary Prize for their work in automotive design education. He has an interest in public art and has recently collaborated on the ‘Godiva Awakes’ 2012 Cultural Olympiad project.