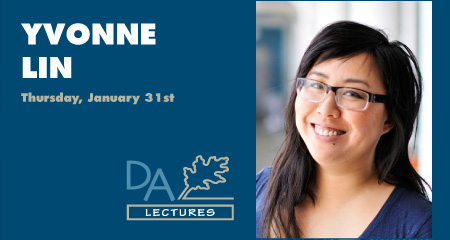 The Dreams of Young Geeks Shape the Future

For all those years, young geeky girls also had dreams. At first, the world did not make it easy for them to fulfill them but, as women have become more powerful, young girls can now make their dreams come true. What are the dreams of young geeky girls? These dreams will shape the future.

In her talk, Yvonne Lin, an Associate Director at Smart Design, speaks on the role of women in design, reveals the lives and dreams of young girls today, and projects their impact on the world of design.

Yvonne Lin is a founder of the Femme Den, a design lab focused on female consumers. As an avid skier and rock climber, she discovered an outdoor industry that was falling woefully short of meeting the needs of female athletes. She quickly realized that it was just an example, not the exception, of a much larger problem that needed fixing.

Yvonne continuously develops tools to better understand and design for women. She has designed numerous award winning and best-selling products, messages, and services for clients such as Nike, Lego, Proctor & Gamble, Tropicana, Under Armour, Pyrex and Johnson & Johnson. She is an inventor and holds over 20 patents. Her work has been featured in numerous publications, including the The New York Times, I.D. Magazine and Brazilian Vogue. In addition, she shares her knowledge by writing at , as a Teaching Fellow at Philadelphia University, and speaking at events such as the Outdoor Retailer Show, Brazil MOB, IDSA and the Design Research Conference at IIT.